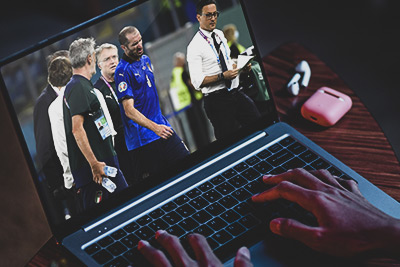 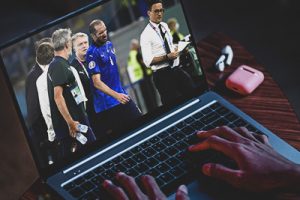 Italy has some major issues with injuries to their star players at the moment. This current problem has continued as Italy’s captain, Giorgio Chiellini, just became the most recent Italian football player that had withdrawn from the Italian national team on Wednesday, November 10th, 2021 right before their upcoming final World Cup qualifying matches.

Chiellini was forced to pull out of the warmup right before Juventus’ game versus Fiorentina over the past weekend, and the highly – competitive veteran defender has yet to recover in time to play.

Italy’s forward Ciro Immobile as well as their midfielders Nicolò Zaniolo and Lorenzo Pellegrini pulled themselves off of the Italian national team earlier this week also due to injuries.

Italy will face off against Switzerland in Rome on Friday, November 12th, 2021. Both Italy and Switzerland have earned 14 – points each, and they are tied atop the Group C field of the World Cup qualifiers with the European champion currently holding the advantage with the tiebreaker due to their lead in goal difference out of the two of sides.

Just the 1st – place finalist earns a direct placement into the finals next year which will be played in Qatar. The 2nd – place squad will have to compete in the playoff tournament which will take place in March of 2022, where they would need to advance in front of 2 other opponents in order to reach the 2022 World Cup being hosted by Qatar next year.

Switzerland also presently has some serious injury problems of their own. They were already without their captain, Granit Xhaka, as well as their forward, Haris Seferovic, because of their individual long – term injuries. On Monday, November 8th, 2021 Switzerland’s winger Steven Zuber astonishingly became the 4th Swiss player to drop out from their national team that was chosen just a week ago.

After their match vs. Switzerland, Italy will play against Northern Ireland in Belfast on Monday, November 15th, 2021. Switzerland will finish their Group C play of these qualifiers by hosting Bulgaria.

With the assistance of Chiellini Italy defeated Switzerland with a final tally of 3 to 0 in Rome during the group phase of the Euro 2020. The teams drew a 0 to 0 draw in Basel last September during early World Cup qualifying matches.

Italy’s world record 37 – match undefeated streak ended just last month when Italy lost a close one to Spain with a final score of 2 to 1 during a Nations League semifinal match.