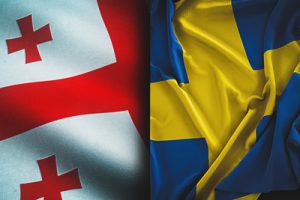 Sweden’s current chances of locking up a 1st – place finish in their 2022 World Cup qualifying group were severely spoiled with this recent 2 to 0 defeat to the already eliminated Georgia on Thursday, November 11th, 2021.

Khvicha Kvaratskhelia scored 2 – goals in the 2nd – half of this qualifying match in order to provide Georgia with only their 2nd – win in Group B of the 2022 World Cup qualifiers. This loss leaves Sweden just 2 – points ahead of Spain, who can take over control of 1st – place when it faces off against Greece in Greece later on Thursday, November 11th, 2021.

Spain will eventually host Sweden in their final match of these 2022 World Cup qualifying matches.

A draw versus Greece will ensure Spain at least a 2nd – place finish in these highly – contested Group B matches.

Only the group’s 1st – place finishers will automatically qualify for the upcoming next year’s 2022 World Cup which will be hosted by the country of Qatar. Whereas the 2nd – place finalists will need to make it through a tough playoff tournament with the other 2nd – place national teams as well as the two group winners from the highly – competitive UEFA Nations League.

Sweden had the majority of the chances throughout this recent game vs. Georgia, with Zlatan Ibrahimovic and Alexander Isak squandering the greatest chances in the match prior to Kvaratskhelia giving the host side the victory with 2 – goals. The first score came in the 61st – minute and the second goal came during the 77th – minute.

Georgia is presently in 4th – place in Group B of the 2022 World Cup qualifying matches with just 7 – points out of their 8 – games, and they do not have any chance to finish in either of the top two spots in the group. Their only other win was at Kosovo.

Sweden’s only other defeat came from Greece.