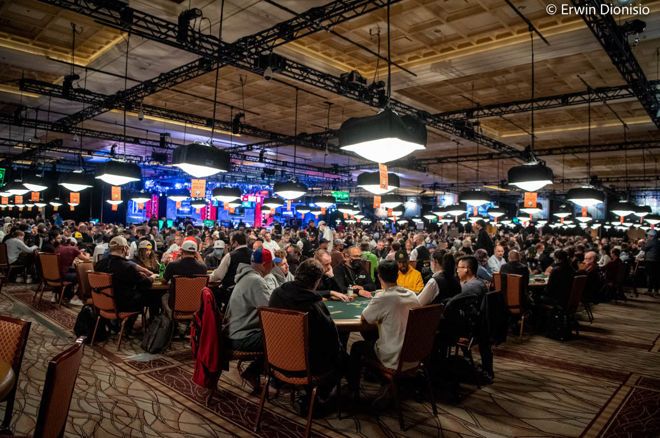 Earlier this month, four-time World Series of Poker (WSOP) bracelet-winner Mike Matusow called out the WSOP for allowing what he considered excessive late registration in bracelet events, most notably Day 2 registration in the 2021 WSOP Main Event. He argued it was unfair and harmed the prestige of the game, as well as favouring rich players.

In this article, poker strategy author and Unibet ambassador Dara O’Kearney uses data and analysis from his new book Endgame Poker Strategy: The ICM Book to weigh up the pros and cons of late registration.

In my book, we cover several topics and one of them is late registration. When you register late for any tournament, even an event like the WSOP Main Event, there is a trade-off. You miss out on a lot of value from amateur players who don’t know how to play deep-stack poker and you start the tournament with less than an average stack. If you come into the tournament on Day 2 you will start the day vulnerable and playing catch up.

There are, however, benefits to registering late for tournaments. Mike argued that late registration favoured rich players who could afford to gamble with $10k and while that may be true, if an amateur player wanted to maximise their chances of winning money they should also max late reg. Not only do they start closer to the money but they also start with an easier to play stack depth. It’s much harder to be exploited by a Stephen Chidwick or Michael Addamo when you have 50 big blinds effective compared to 300 big blinds.

Late registration doesn’t give you an edge against other players, but it does give you an ICM boost, in other words your stack would be worth more in real money terms right away if you joined the tournament late.

Let’s look at a really simple example to highlight this. This is the start of a 10 person SNG, the buy-in is $10 and three places get paid. Assuming no rake, every player has the same equity, which is $10:

By simply turning up late, your equity has increased by $0.87 which is almost 10%.

Related: The Pros and Cons of Late Registration With the WPT’s Tony Dunst

Let’s now try something that looks a little bit closer to a regular MTT. This time we have 33 players registered, 18 have bust and 15 remain. We enter just before the late registration period.

Just for fun, let’s see what would happen if we late registered on the literal money bubble. This occasionally happens at some of the smaller less well established online poker rooms.

We have almost doubled our equity. This is an extreme example but it illustrates how profitable it is to late register.

You can do these calculations yourself using any free ICM calculator that is mainly used for final table deals. I’d love to be able to calculate how profitable it is to late register on Day 2 of the WSOP Main Event but it would be near impossible as it would take a supercomputer to work it out! ICM gets incredibly complex once you go beyond two tables.

Needless to say, it is very profitable to late register the WSOP Main Event but if you are a good player it is still drastically more profitable to play the soft Day 1 from the moment cards get in the air.