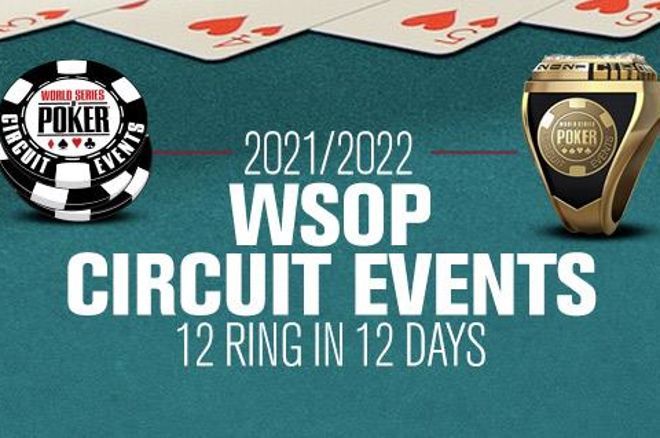 In early 2020, the World Series of Poker (WSOP) Circuit was interrupted by the global pandemic. Now, after an 18-month hiatus, the live WSOPC is slated to return with its 17th season beginning right after the 2021 WSOP in Las Vegas wraps up. Right now, 13 stops grace the schedule with more expected to be added in the coming weeks and months.

The new season will debut on Thanksgiving Day – Thursday, November 25 – at Harrah’s Cherokee Casino Resort in Cherokee, North Carolina. As usual, each stop will offer gold ring events starting at the $250 buy-in level and culminating with a $1,700 WSOPC Main Event.

“It’s been too long, so it’s great to see the Circuit hitting the road once again,” said Senior Vice President and Executive Director of the WSOP, Ty Stewart. “The WSOPC is one of our most important initiatives, allowing regional players to experience big-time poker and providing grinders a platform to earn a living. We’re pumped up about the new ‘Tournament of Champions’ format where all our winners will come together for one event. Just win and you’re in!”

According to an announcement by WSOP officials, the traditional $1 million freeroll will return, but it will no longer be the Global Casino Championship. Instead, an invite-only “Tournament of Champions” will be introduced where anyone winning a ring, be it live or online, during the new season through July 2022 will qualify for the season-ending event to be held in Las Vegas during the 2022 WSOP.

During the pandemic, an online circuit series was launched on WSOP.com available to players in Nevada and New Jersey. Players can look forward to that again as a 2022 WSOP Online Circuit will return on WSOP.com each month. That online schedule will be released in the future.

That said, more stops are expected to be added to the new schedule, meaning there’s a chance some of the aforementioned missing stops return.