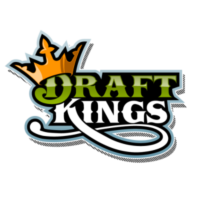 Trailing their competitor, FanDuel, by a significant market share, a DraftKings takeover of Entain has been floated… a deal worth an estimated $22.4 billion. The international bookmaker confirmed the offer in a filing with London Stock Exchange.

An initial offer of 2,500 pence per share was made, but subsequently rejected by Entain. However, a press release confirmed that a second offer was received in mid-September for 2,800 pence per share. That would be a premium of over 46%.

The Board at Entain went on to say that they “will carefully consider” the takeover proposal and respond when appropriate. They urged company shareholders to take no action at the present time.

MGM Resorts has a venture with Entain in America under their BetMGM brand. In a statement, they communicated that a deal involving Entain would ultimately require their approval as well. A a DraftKings takeover of Entain would certainly propel them to a more competitive position in the rapidly growing American sports betting market.