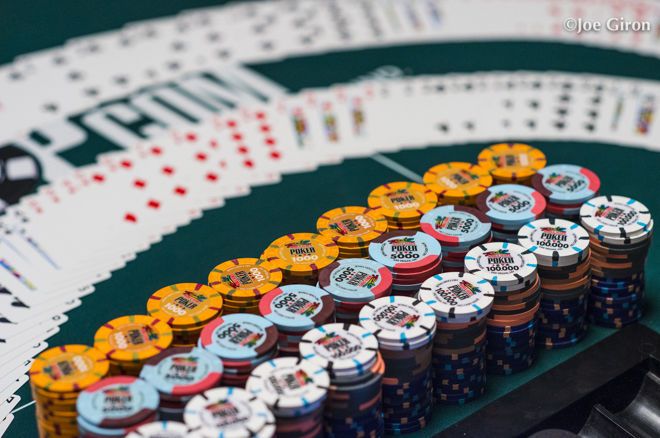 The focus of players heading to the 2021 World Series of Poker (WSOP) is on tournament poker, and rightly so because that is what the WSOP is all about. Eighty-eight live bracelet-awarding events plus an additional 11 online bracelets adorn the bustling 2021 WSOP schedule. It is fair to say tournaments dominate Las Vegas when the WSOP is in town.

But what about cash games? Everyone knows Las Vegas is the place to be if you are a cash game grinder. Is it worth playing cash games during the WSOP? The answer is a resounding yes.

WSOP 2021: 8 Things Poker Players Should Definitely Bring to the WSOP – and 2 You Shouldn’t!

Players tend to specialize in one poker format: cash games or multi-table tournaments. The rules to both formats are the same – a flush beats a straight, for example – but being successful in either field requires different skills.

The sheer number of poker players being in Las Vegas for the WSOP and the various other tournament series’ that piggyback the series means card rooms are frequently packed to bursting. Cash games run 24 hours per day; you are spoiled for choice as a cash game player.

You will find more recreational players than you can shake a stick at hitting the cash game tables during the WSOP. Hundreds, if not thousands, of low-to-mid stakes players jet off to “Sin City” to chase their dreams of winning a bracelet. A large percentage of these players are found grinding $0.10/$0.25 and $0.25/$0.50 online cash games at home, and suddenly find themselves playing $1/$2 and $1/$3 games in Vegas.

Playing outside of their comfort zone often results in those players approaching the games in a more passive manner than when they play online. Furthermore, a busy poker room attracts Vegas tourists to the table who want to kill an hour or two while hoping to win a bit of spending money.

Low-stakes cash games in Vegas are notoriously soft. This is amplified during the WSOP when poker rooms are at their busiest.

Remember how we said there is a different skill set required for success in cash games and tournaments? Well, some players fail to realize this and, thus, become a mark at the cash tables.

Cash game players are used to playing deep-stacked, usually 100 big blinds deep, while tournament players rarely have this many chips. They, however, are stronger players with 30-60 big blind stacks, the stack size they are accustomed to playing from in their usual games.

Some players excel in both cash and MTTs but they are a rarity, especially at the lower end of the buy-in spectrum. Where the better cash game players push every edge and will take a 55/45 scenario every day of the week, MTT players are more used to conserving their stack and will sometimes miss spots where they could extract value.

Who Are the Best Poker Players Without a WSOP Bracelet?

Any mistakes made when stacks are deep are amplified. Taking on a player playing an unfamiliar game, with a stack size they rarely find themselves armed with, can and does lead to a lot of mistakes being made. We profit, in the long run, whenever our opponents make a mistake.

Furthermore, you sometimes find tournament players sitting down at cash game tables while they wait for their event to start, or shortly after busting from a tournament. These players often are not in the correct frame of mind to play solid poker because they either have one eye on their event starting or are recapping keys hands that resulted in their elimination. Any player not fully concentrating on the task in hand is going to bleed chips.

Cash Games Can Be An Alternative to Satellites

You sometimes find both cash game and tournament players jumping into cash games as an alternative route to paying for a higher buy-in event. Satellite tournaments generally run around the clock during the WSOP, giving player the chance to turn a relatively small investment into a shot at a bracelet and at the big time.

Grinding cash games for tournament buy-ins is not the most effective route into a larger buy-in event, but it is a viable option. For example, if you want to play in a $1,000 No-Limit Hold’em tournament, you could play $1/$2 during some downtime and win money towards your entry fee.

Where Should I Play Cash Games During the WSOP?

You are spoiled for choice when it comes to playing cash games during the WSOP. As mentioned, poker rooms around Vegas are brimming with players during what is one of the busiest times of the year.

Look no further than the current home of the WSOP, the Rio All-Suite Hotel & Casino, for your cash game needs. The Pavillion Room is packed with cash games from the moment the WSOP kicks off until the final bracelet is won. Be aware that the location of the room means these cash games are frequented mostly by poker players with very few tourists participating.

The Rio has another cash game near the front entrance. This is far smaller with only a couple of tables, but it does attract some of the casino patrons to the tables.

The Venetian, Bellagio, and Wynn on the Las Vegas Strip have busy card rooms. These rooms also attract more than their fair share of tourists, often tourists with deep pockets.

It is worthwhile checking out the Poker Atlas app which lists all the cash games currently running, including, in most cases, the length of the waiting lists at each Vegas room.