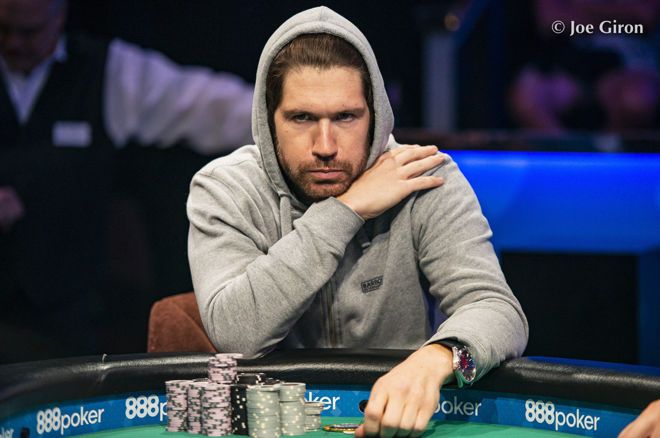 Event #2 of the Super MILLION$ Week at GGPoker is the $10,300 Super MILLION$, which came with a $5 million guaranteed prize pool. Some 748 players bought in across numerous starting flights and created a $7,480,000 prize pool. Only nine star remain in contention for the title and the $1,193,332 prize that comes with such an accolade.

GGPoker is streaming the action from this event on its Twitch and YouTube channels, while the PokerNews Live Reporting team is on the ground giving you a text blow-by-blow account of the star-studded final table.

Who will win this week’s Super MILLION$? Watch the final table action here!

Mark Radoja sits down at the nine-handed final table in the envious position of chip leader, albeit only by 0.8 big blinds. Radoja has two WSOP bracelets to his name, but finishing in first place today would see him secure a different piece of poker jewellery. This is only the second Super MILLION$ final table Radoja has reached. His previous appearance ended in a fourth-place finish worth $151,194. Finishing eighth or better beats that score.

It would not be a major final table without Christian Rudolph making an appearance, would it? Rudolph has a knack of navigating his way to the final tables of GGPoker’s biggest events. Remember how he won the $25,500 Poker Players Championship for $1,812,290? We would not bet against him walking away as a WSOPC winner this evening.

GGTeam Russia star Anatoly Filatov won this event on May 30 and would love to join the group of players in the two-time champion club. Filatov is in third place at the restart but is only 1.6 big blinds behind Radoja in first. It should be an interesting battle between those three big stack.

Marius Gierse has found himself at the Super MILLION$ final table several times before, but has never managed to take down the tournament. He finished third on August 8, 2021, for $198,800, and second on September 13, 2020, for $467,388. What he would give to be crowned champion today, especially because he won his seat via a $1,050 satellite.

Isaac Baron returns to the Super MILLION$ final table action hopeful of what would be a third outright victory. Baron does not play a lot of these online events but seems to go deep whenever he does buy in. Some $1,410,142 of his $2,023,763 in GGPoker winnings stem from Super MILLION$ tournaments.

Brazilian Pedro Garagnani sits down in sixth place with 33.8 big blinds at his disposal. Garagnani is in good form going into this final table having won a $25,500 Blade 500K side event for $375,948. His previous two final Super MILLION$ final tables have ended in fourth and second place. Is today the day we hear screams of “Vamos!” as Garagnani emerges victoriously?

Sergei “Graf Tekkel” Koliakov is the man in seventh place when the final table commences; he has only 15 big blinds at his disposal. This is only the second time he has reached the money places in the Super MILLION$. Koliakov won a $5,250 WSOPC High Rollers side event for $185,777 and hopes to continue his solid form in this event.

Even shorter on chips than Koliakov is Ole Schemion, the man who won this very event on October 18, 2020. Schemion satellited into this event for $1,050 and although he sits down nursing 14.5 big blinds, everyone knows Schemion has the ability to turn around his fortunes.

Finland’s Markus Leikkonen is the player with the unwanted title of short-stack at this final table, courtesy of his 2,317,761 stack, or 14.5 big blinds. Leikkonen is best known for being an absolute crusher at heads-up cash games, but he knows his way around a tournament table too, evident by his Super MILLION$ victory on April 25, 2021, that came with $651,821.

Follow all the action from the massive Super MILLION$ via the PokerNews Live Reporting pages from 6:00 p.m. BST on September 21.