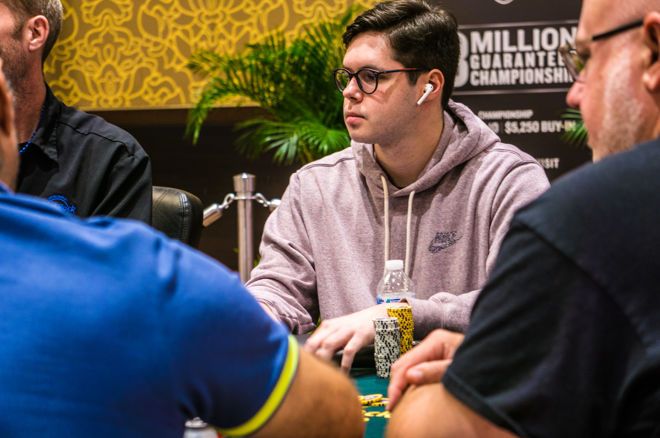 The prestigious PokerStars Championship of Online Poker (COOP) is currently running in a trio of US states in Pennsylvania, Michigan, and New Jersey.

All three PokerStars US-facing sites offer state-specific versions of the COOP, with each running concurrently September 10-27.

The Pennsylvania Championship of Online Poker (PACOOP) guarantees $2 million across 69 events on PokerStars PA. The two-day PACOOP Main Event runs Sept. 26-27, with a $300 buy-in and $200,000 in guaranteed prize money on the line.

The 2021 Michigan Championship of Online Poker (MICOOP) offers 68 events, with a combined guarantee of $1.5 million. The upcoming series marks the second time the MICOOP has run on PokerStars MI, which launched in January 2021. .

New Jersey poker players are well familiar with the NJCOOP series, which returns to PokerStars NJ with a schedule of 60 events. The guarantees add up to $1 million for the 2021 NJCOOP, including the $300 buy-in, $100,000 guaranteed Main Event Sept. 26-27.

PokerNews is providing live reporting coverage on selected events from all three US COOP series. Here’s a look at the most recent winners.

PokerNews will return for more NJCOOP coverage on Sunday, September 19th at 5 p.m. EST for Event #34: $300 NLHE Championship Trophy Event, so be sure to tune in then!

Tournament buy-ins for each COOP series begin as low as $10. Satellites qualifiers into COOP tournament also run throughout each series. Main Event tickets are on the line in $3 Spin & Go’s, which run up until the start of the Main Event on Sept. 26. ‘

Sept. 26 also sees Depositor Freeroll’s at all three PokerStars US sites, with all players that deposit at least $30 using a state-specific promo code (PACOOP, MICOOP, or NJCOOP) granted entry. The top 50 finishers in each depositor freeroll win a $300 ticket to their respective Main Event.