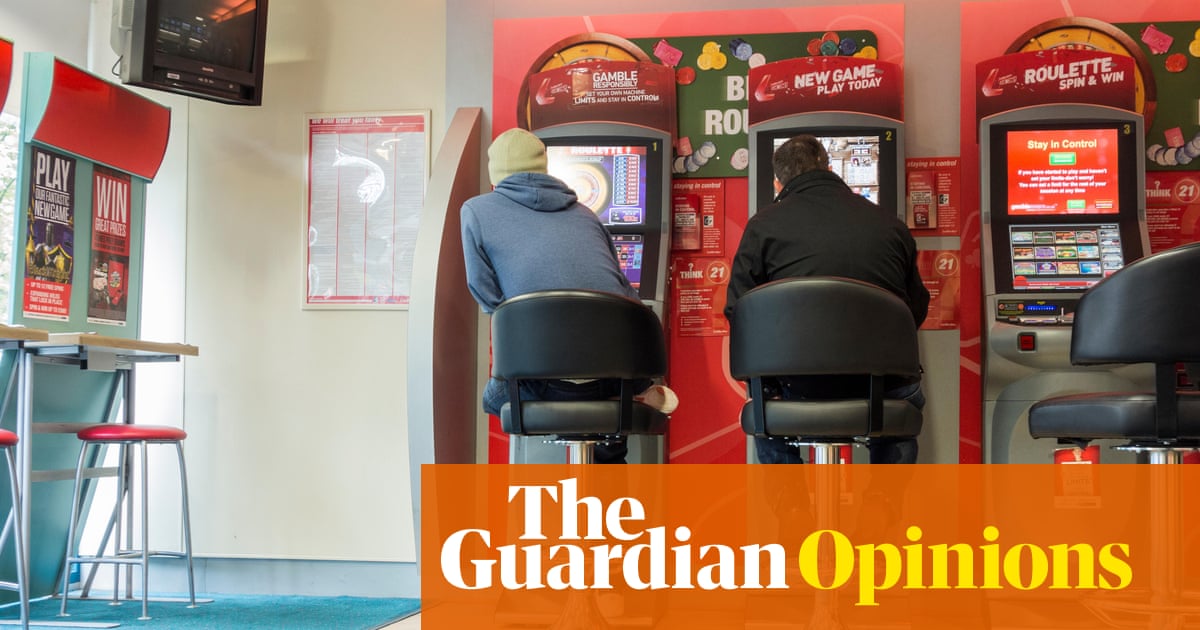 The Guardian view on the future of gambling: harms must be faced

New Labour liberalised gambling in Britain with the 2005 Gambling Act, which introduced one of the most permissive regulatory frameworks in the world. The idea was that more betting would deliver economic benefits, and in one sense it did. The gross take from gambling has nearly doubled, with punters losing £10.2bn a year. The industry’s marketing spend has boomed. And HM Revenue and Customs has gained too: Denise Coates, who runs the Stoke-based gambling giant Bet365, paid £573m in taxes in 2019-20 – over £100m more than anyone else.

But along with the increase in gambling came rises in the harms associated with it. When the legislation was passed, concerns were focused on supercasinos. But what happened, instead of the creation of giant hubs, is that gambling (like so much else) moved online and to smartphones, where in-play betting during the course of a football match or other event became one of the most popular ways to bet. The other big change was the spread of fixed-odds betting terminals, from which gambling companies earned huge amounts: £1.8bn in profits each year until the maximum stake was slashed from £100 to £2 in 2020, following a public outcry and the high-profile resignation of a Conservative minister, Tracey Crouch.

A government white paper is expected soon, with MPs and lords both pushing for new controls. These could include restrictions on advertising, with some campaigners worried about the extent to which children as well as adults are being exposed to what Labour’s Carolyn Harris has described as “indoctrination”. A recent survey found that a majority of the public supports a total ban on gambling adverts.

There is also backing for affordability checks, where gamblers who bet regularly above a certain threshold are required to prove that they have sufficient resources to cope with losses. Since gambling firms make most of their money from the 5% of accounts with the biggest losses, the idea is to protect the minority of people who are unable to control the habit and may otherwise incur large debts (recent academic research showed that 47,000 people lost £5,000 or more over the course of a single year).

With a new report pointing once again to the extent to which poorer people and communities are disproportionately targeted by the industry – the most deprived decile of areas have 10 times as many gambling venues as the richest neighbourhoods – there is no doubt that change is needed. The industry, whose chief lobbyist is the former Labour MP Michael Dugher, will no doubt continue its cynical tactic of declaring that opposition to its activities comes from “prohibitionists”.

Such nonsense should be ignored. More than a century ago, Bernard Shaw revelled in his character Eliza Doolittle’s excitement at the races (“Come on Dover, move your bloomin’ arse”) in his play Pygmalion. Nobody in 2021 wants to remove from adults the pleasure of placing a bet (or buying a scratchcard). What reformers seek, and a socially responsible gambling industry would support, is a better balance between the freedom to gamble and protection from the social and financial risks that gambling entails.