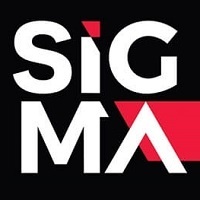 The Malta-based show will be held as part of Malta Week, taking place this November from the 16th to 18th, at the Malta Fairs and Convention Centre (MFCC).

The 4-hour long conference, which will be chaired by CeC, will feature 4 keynotes from the sector’s most recognisable faces and a series of 8 moderated panel discussions focussed on the key trends and topics driving the vertical.

Alongside his brother Ben, Ari Fox will produce the conference, saying, “We are beyond thrilled to be working with our new partners, SiGMA Europe. Their passion is infectious and we at the CEC appreciate and are deeply honoured for the opportunity to work with like minded people who see the need to assist and provide great seminars, webinars, networking and events to the industries that we serve. ”

CeC and SiGMA will also co-host a networking dinner in the evening following the Malta-based conference, which will cater to an exclusive eSports crowd.

SiGMA Group Founder, Eman Pulis said, “I’m happy to have teamed up with CeC, they are masters in eSports betting and eSports casino. They’re going to be working with us to curate an important conference on eSports in Malta during SiGMA this November.”

SiGMA is a global event, positioned at the cutting-edge of the Gaming industry. The World’s Festival City has evolved since 2014 into the definitive Gaming showcase, operating on both a European and world stage.

In 2019, the iGaming summit SiGMA in Malta welcomed a record ­breaking 15,000 attendees from over 80 countries and over 400 sponsors and exhibitors, and 200 industry­ leading speakers. The event facilitates growth within the Gaming sector, and has now become the largest expo for the industry in Europe.

The Casino eSports Conference or the CeC is an educational and exhibition conference. Now in its fifth year, it is an annual B2B event held in Las Vegas for the casino and video gaming industries. The event at its core is about technology. The conference starts with eSports and video gaming, which is why this integration is vital to the casino/gambling industry attracting a younger generation. They also seek to expand the education and conversation to include various technologies and their uses in all areas of the casino and iGaming industries.

Early on, he saw the collision course that video gaming had with the casino space. Ari has written multiple articles on eSports and video gaming related to wagering and the casino space. He has produced a video news podcast called NGN or New Gaming News that discusses gambling, sponsorships, and eSports. Ari now runs an online magazine with his brother Ben Fox called the Casino eSports and Technology Magazine and is the producer of a commercial gaming festival called Gameacon. He is also the co-founder and co-producer of the Casino eSport Conference.

Ben brings his 25 years of entrepreneurial experience and creativity along with his powerful network of advisors and mentors to all of his projects. His strength lies in his ability to think outside the box. He not only comes up with innovative solutions to problems, but he also has a unique ability to creatively finesse logistics to bring those innovations to life with even the most minimal resources.

Next up: Malta Week

Don’t miss out on amazing networking opportunities and exclusive industry insights at Malta Week. Four leading shows will bring the best of the business back-to-back to a first-class meeting point. Malta Week will consist of SiGMA, AIBC, Med-Tech World and AGS, each presenting the top developments of their focal industries.

The cross-collaboration of each brand make Malta Week the number one destination for leading think-tanks of the gaming sector, emerging tech, digital health and digital marketing. The middle of the Mediterranean is the perfect place for multi-faceted business deals and face-to-face conversations with leading affiliates, policy makers and thought leaders.