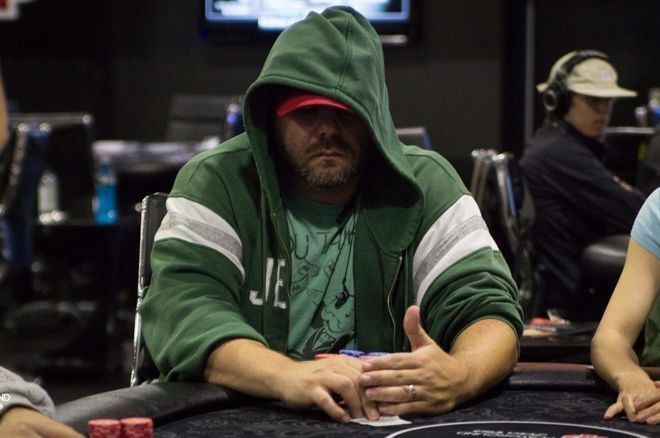 The tournament was an encore to the first event on the 2021 WSOP schedule, and after more than 12 hours of play, it was Eric “8Bracelets” Van Auken coming out on top to win a $93,627 top prize for his first career bracelet and topping his previous career-high cash of $39,994 by some distance.

According to The Hendon Mob, the New Jersey native has accumulated $112,063 in winnings in his career so far, which means this latest prize almost doubled his career winnings in one fell swoop.

Jack “Borgia92” McClelland was the first final table victim as his ace-king fell to pocket queens when a straight came in to take out the flopped king. Next to go out was Jacob “tooletime13” Toole, who lost a flip with ace-queen vs jacks.

Justin “pocketprofit” Wong hit the rail in seventh place, falling to pocket kings. Dean “nikobellic99” Curreri fell in sixth after being unable to chase down ace-queen with king-jack.

Tomasz “ToMRoX” Trelski was eliminated in fifth place after taking the lead with king-eight on the flop, but falling back behind on the turn; his opponent paired the ace of his ace-ten. The next player to go was Naichang “cncly1314” Chen whose ace-jack could not overcome the dominating ace-queen.

Finishing in third place was Corey “Corgasm” Paggeot, who enjoyed another amazing run following his second-place finish in last night’s Event #24. Again, it just was not meant to be for Paggeot

Heads-up play began with Dominick “Flow_Cold” Sarle holding a 3:1 chip lead over Van Auken but it was Van Auken who immediately started to chip up and eventually draw close. After a series of big hands in his favor, he claimed a 3:1 chip lead for himself. Sarle did get managed to find a double-up to bring the stacks even, but Van Auken would put a hammerlock on it in a big all-in when his pocket eights made a straight on the river to overtake the ace-ten of Sarle, who had flopped a ten. Van Auken won a couple of hands later when his king-ten held against jack-ten.