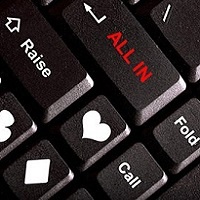 We have a huge week of online poker news, with three more states talking about forming online poker compacts across state borders! There is also the option of joining the existing poker agreement that’s between Nevada, New Jersey, and Delaware. As good as that news was, it wasn’t all great for poker news as Caesars has reached a sad decision about their Planet Hollywood poker room in Las Vegas.

Hello friends! And welcome to This Week in Gambling, where we’re following online poker news from sea to shining sea! And some land-based poker news as well! Both are this week’s big story! Two weeks ago I told you all that the US Department of Justice had abandoned it’s fight against online gambling in America, and as a result online poker was set to explode all across the country! Here’s why:

Casino games and sports betting are played against the house, right? But poker needs players playing against other players in order to generate revenue. That’s why smaller states with smaller populations struggle to justify the cost of regulating online poker. But all that has changed now that the Justice Department is out of the picture. Now, even the smallest states are free to join together to pool their players across state lines and form larger, more profitable player pools… meaning everybody can play!

Pennsylvania, West Virginia, and Michigan are making online poker news by having already started talking about forming an internet poker compact with one another, with other states, or even joining an existing poker compact. Well, that didn’t take long! Nevada, New Jersey, and Delaware already have an existing poker compact, allowing players in those states to play across state lines against one another. A compact which the Justice Department did nothing to stop, by the way. Now that compact could be about to double in size… and if so, we could be on the precipice of another online poker explosion across the country!

In other online poker news, and not to be left behind, the World Series of Poker has announced that they too will be entering the Pennsylvania market, nearly two years to the day after the state legalized and regulated online gambling. In fact the WSOP website is already up and running and accepting players right now! Well, that didn’t take long either! So you see my friends, two weeks ago I told you that another online poker explosion was coming to America, and here we are watching it begin!

It’s not all good news for poker fans out there this week, as Caesars Entertainment has announced the closure of their poker room at the Planet Hollywood Casino. Back in the glory days of online poker there were over a thousand live tables in Sin City, but that number has now dwindled to about 300. Let’s hope that when the new online poker boom does sweep across the country it helps out those live games in Las Vegas.

This week’s online game review is for the Serengeti Gold slot, a five reel game with 25 pay lines from our friends at Microgaming. It features a bonus round and bonus spins, both wild and scattered symbols. and players can take the game with them on their mobile device. You can find this review and hundreds more when you visit and subscribe to our YouTube channel.